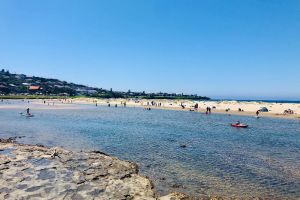 The photo was shot using a Apple iPhone X camera at an aperture of f/1.8, 1/2857 sec. shutter speed and ISO 20. iPhone X back dual camera 4mm f/1.8 lens was used to capture the image. Flash did not fire, auto mode. The original image file has a resolution of 4032 x 3024 pixels, or in other words 12.2 megapixels.The photo has a resolution of 72 DPI and occupies a disk space of 0.18 megabytes.

According to the image metadata, the photo was shot on Sunday 27th of December 2020. The local time was 11:45:06. The timezone was Australia / Sydney, which is GMT +11:00. Please note that timezone was guessed using the GPS coordinates and may not be accurate. The EXIF timestamp may also be wrong if the date and time weren't set correctly in the digital camera.

Apple iPhone X camera has a built-in GPS receiver and allows geotagging on image files. The coordinates and location where the photo was taken is stored in the EXIF. According to GPS data analysis, the photo was taken at coordinates 34° 46' 16.40" S , 150° 48' 45.55" E. The elevation was 3 meters. The camera was pointing Southeast at 129.94 degrees. Using reverse geocoding, the address associated with the coordinates is guessed as Burke Parade, Gerroa, The Council of the Municipality of Kiama, New South Wales, 2534, Australia. Depending on the GPS receiver and the reception conditions the accuracy may vary and the address should not be regarded as exact location.

CAMERA INFORMATION
FILE INFORMATION
DATE & TIME
GPS INFORMATION
LOCATION INFORMATION
Address:Burke Parade, Gerroa, The Council of the Municipality of Kiama, New South Wales, 2534, Australia
(Location was guessed from coordinates and may not be accurate.)
PHOTOS NEAR THIS LOCATION
Scroll